Home Field is located behind Chardon Fraternal Order of Eagles at 317 Water Street, Chardon, Ohio. Parking is available behind the Eagles building and also off of Park Avenue. Below is the link to Google Map satellite view. 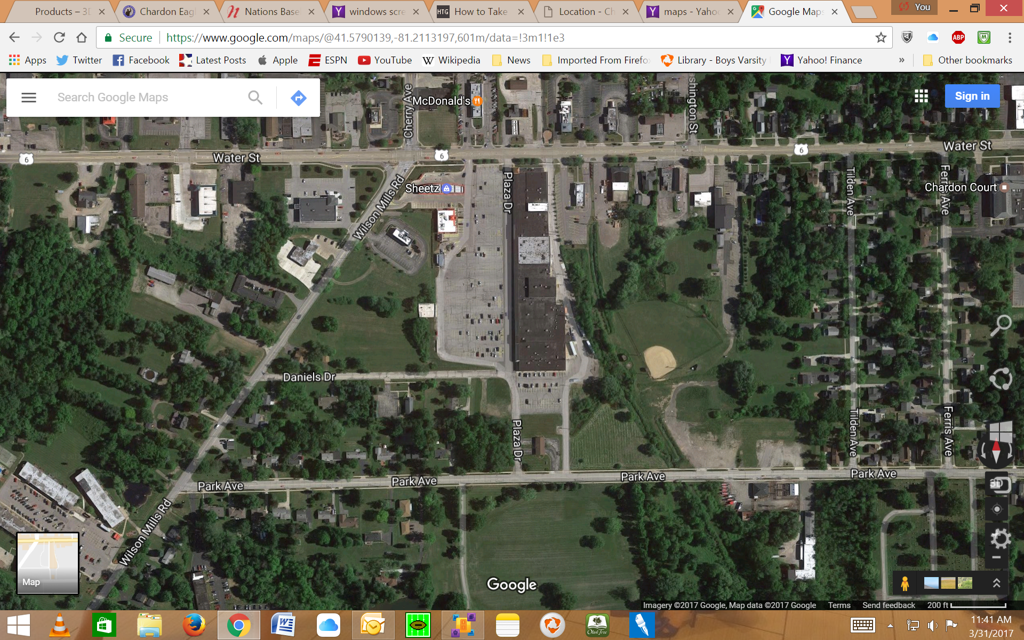 Baseball Is A Strange Game

After losing 11-4 on Monday night to the Garland Eagles, the Eagles from Chardon blew out the McMinn Diamond Dogs 19-2 in a four inning run rule. Christian Taddeo threw three innings of strikes in leading Chardon to the win. With the game tied at 2, the Eagles erupted for 17 runs in the top of the fourth, aided by a few walks and a couple of errors but mostly by banging the ball all over the yard. It was warm and our boys seem to have very good bat speed top to bottom in the lineup. Let's keep it going!

The game of baseball once again proved that if you lose the "free base" statistic, it almost always results in a loss. In this particular game, the Eagles lost the free base statistic by a large margin and lost to the Garland Eagles by the lop sided score of 11-4. Despite Garland striking out 11 times and Chardon only striking out five times, Eagles pitchers gave up ten free passes - almost all of whom came around to score. At this age, walks equal doubles and sometimes triples. Garland pitchers threw strikes and their defense was solid in shutting out Chardon until the bottom of the sixth. Back at it tonight against Mentor McMinn.

The Eagles played in another rain shortened tournament at Kent State Allerton Fields over the weekend and, this time, the shoe was on the other foot as Chardon lost to the Ohio Red Bombers 8-7. Once again, the Eagles entered the top of the sixth inning trailing but scored three to tie it. The Bombers then put up a run in the bottom of the sixth to walk off as tournament champions. Congratulations to coach Schagg and the Red Bombers. This appears to be turning into a little bit of a rivalry.

The radar was showing rain everywhere but it wasn't raining at Allerton Park in Kent, Ohio as the Eagles posted impressive wins in back to back games over the Astro Falcons from Youngstown and the Red Bombers out of Mansfield, Ohio. These were two great wins largely because last year at this time the Eagles were unable to compete with these two teams.

Nate Mikonsky went 3 innings against the Falcons and then another 1 1/3 to close out the win over the Red Bombers. Vinny Colombi made a running, diving catch in the sixth inning with two outs and men on second and third to preserve a 5-4 win against the Falcons. Then, in the second game, with the temperature having fallen more than 20 degrees and the ball not carrying, two of our ten year olds, Peyton Frontino and Ty Roediger, hit a couple of balls on the screws to drive in runs and pace the Eagles to a 9-7 come from behind win over the highly regarded Bombers. Sean Shenker had a great day at the plate out of the lead off spot and also pitched well in the second game. As a result of a total schedule wash out on Sunday, the Eagles, after earning the number one seed on Saturday, were declared the tournament champions. Good way to start!